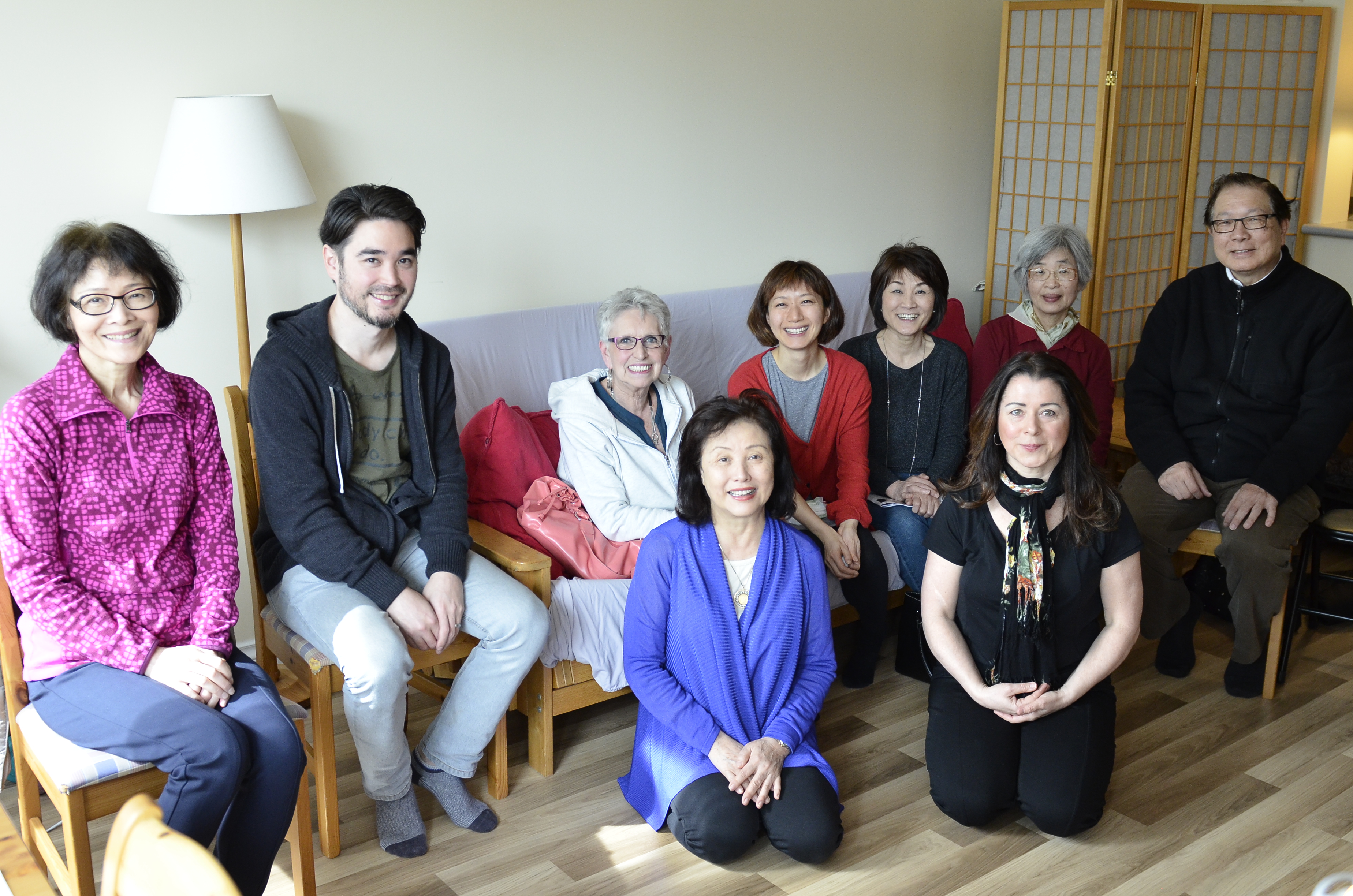 Nichiren's guiding principle throughout his life was to uphold human dignity as a spiritual backbone for human society toward the creation of a peaceful world where people can enjoy fulfilling lives.

This process continues an effort - ongoing since Shakyamuni's times - to overcome the deep-seated and destructive nature of egotism that erodes human life and society. Today, the members of the SGI, based on the teachings of Nichiren, have inherited this mission. Their task is, in short, the realization of a new humanism--the pursuit of happiness for both self and others, where trust, value creation and harmony are key.

Through their daily practice, people are able to challenge various obstacles and, through the process of chanting, reflect deeply on themselves and draw forth hope and a spirit of challenge and courage. They are also able to develop a sense of values firmly grounded in humanity and construct a rich personality. SGI Buddhists call this process of inner-motivated change, "human revolution."

The practice of Nichiren Buddhism concerns itself with realizing one's inherent potential and fulfilling one's responsibility to the fullest, whether it be in the home, community or workplace. It is also about proactively contributing to finding a solution to the various problems facing the world. SGI members are committed to promoting the importance of peace and the ideal of respecting the dignity of life and human rights through various activities, such as through holding exhibitions about the threat of nuclear weapons or humanitarian relief activities. The SGI is also working to raise awareness of environmental issues confronting the planet.

The SGI is an organization dedicated to revitalizing this legacy of Buddhist humanism, at the core of which are belief in the Buddha nature and compassionate action to reveal that nature. This is a legacy inherited from Shakyamuni and passed down by Nichiren.

Regarding it as the essence of Buddhism, the SGI aims to transmit this tradition and spirit in contemporary society and onward into the future.

The Soka Gakkai International (SGI) is a lay Buddhist organization upholding the tradition that originated with Shakyamuni (Gautama Buddha) and developed as it was inherited by India's Nagarjuna and Vasubandhu, China's T'ien-t'ai and Miao-lo and Japan's Dengyo and Nichiren.

The specific Buddhist tradition embraced by the SGI is based on the Mahayana scriptures and the Lotus Sutra in particular. The SGI is engaged in faith practices and activities in society that correspond with the compassionate spirit of the Lotus Sutra in the contemporary world.

Buddhism originates from the message of Shakyamuni, also known as Gautama or Siddhartha, who lived in the Indian subcontinent around 2,500 years ago. Born as a prince, Shakyamuni left his life of luxury on a spiritual quest to understand the four sufferings of life: birth, sickness, aging and death. Eventually he awoke to the true nature of life and became known as the Buddha or "awakened one."

His teachings were later compiled into sutras, and numerous schools of Buddhism sprang up as the teachings spread from India after his death. The Buddhist tradition embraced by SGI members is based on Mahayana Buddhism, the tradition which spread northwards through China and Korea to Japan.

Nichiren, a 13th-century Japanese priest, researched all available Buddhist texts and asserted that the Lotus Sutra encapsulates the heart of Buddhist teachings. This sutra reveals that a universal principle known as the "Buddha nature" is inherent in all life. Nichiren established the practice of chanting Nam-myoho-renge-kyo to bring forth this potential, which enables each individual to overcome life's inevitable challenges and develop a life of wisdom, courage and compassion.

History of the SGI

The Soka Gakkai (literally, "Society for the Creation of Value") was founded in 1930 by educator and author Tsunesaburo Makiguchi as a group of reformist educators. Makiguchi drew inspiration from Nichiren Buddhism to develop the organization into a broader-based movement focused on the propagation of Buddhism as a means to enable people to tap their inner potential and ultimately reform Japanese society. Facing oppression from the Japanese militarist government, Makiguchi and his closest follower Josei Toda were arrested and imprisoned in 1943 as "thought criminals"; Makiguchi died in prison in 1944.

After his release, Toda promoted an active, socially engaged form of Buddhism as a means of self-empowerment—a way to overcome obstacles in life and tap inner hope, confidence, courage and wisdom. He used the term "Human Revolution" to express the central idea of Nichiren Buddhism, that all people are capable of attaining enlightenment in this lifetime.

Toda was succeeded as president in 1960 by Daisaku Ikeda, who further developed the Soka Gakkai as a movement of empowered, socially engaged Buddhists. Soka Gakkai International (SGI) was founded on January 26, 1975, as a worldwide network of Buddhists dedicated to a common vision of a better world through the empowerment of the individual and the promotion of peace, culture and education. Under Ikeda's leadership, the SGI has developed into one of the largest Buddhist movements in the world, fostering and promoting grassroots activities in areas such as nuclear abolition, human rights and education for sustainable living. It currently consists of 90 independent affiliated SGI organizations with members in 192 countries and territories worldwide.

We, the constituent organizations and members of the Soka Gakkai International (hereinafter called "SGI"), embrace the fundamental aim and mission of contributing to peace, culture and education based on the philosophy and ideals of the Buddhism of Nichiren Daishonin.

We recognize that at no time in history has humankind experienced such an intense juxtaposition of war and peace, discrimination and equality, poverty and abundance as in the twentieth century; that the development of increasingly sophisticated military technology, exemplified by nuclear weapons, has created a situation where the very survival of the human species hangs in the balance; that the reality of violent ethnic and religious discrimination presents an unending cycle of conflict; that humanity's egoism and intemperance have engendered global problems, including degradation of the natural environment and widening economic chasms between developed and developing nations, with serious repercussions for humankind's collective future.

We believe that Nichiren Daishonin's Buddhism, a humanistic philosophy of infinite respect for the sanctity of life and all-encompassing compassion, enables individuals to cultivate and bring forth their inherent wisdom and, nurturing the creativity of the human spirit, to surmount the difficulties and crises facing humankind and realize a society of peaceful and prosperous coexistence.

We, the constituent organizations and members of SGI, therefore, being determined to raise high the banner of world citizenship, the spirit of tolerance, and respect for human rights based on the humanistic spirit of Buddhism, and to challenge the global issues that face humankind through dialogue and practical efforts based on a steadfast commitment to nonviolence, hereby adopt this charter, affirming the following purposes and principles: